One of the best and catchiest winter songs is “Jingle Bells,” which starts out “Dashing through the snow.” It’s the perfect theme song for this giant and powerful Canadian National Railway locomotive 2304.

A huge blizzard had blanketed the region leaving mounds of snow everywhere, including drifts piled up at a railroad crossing. One man stood within a safe distance from the railroad crossing, watching this majestic train blast its way through the pristine white snow piled up on the railroad tracks. The view is amazing! 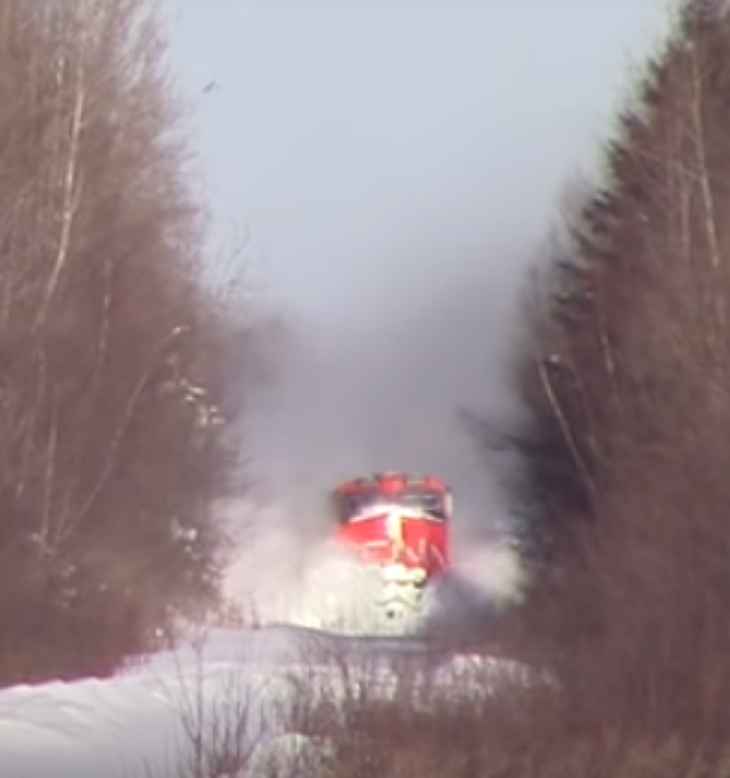 The locomotive leads the daily CN manifest trail 406 west from Moncton to Saint John in New Brunswick. This particular intersection is at Salisbury.

Although the train engineers and crew have a bird’s eye view of the track and what lies ahead, it ends up with a giant fountain of snow shooting in all directions as it pushes its way down the railroad track. What the train does with Mother Nature’s white blanket is simply breathtaking. 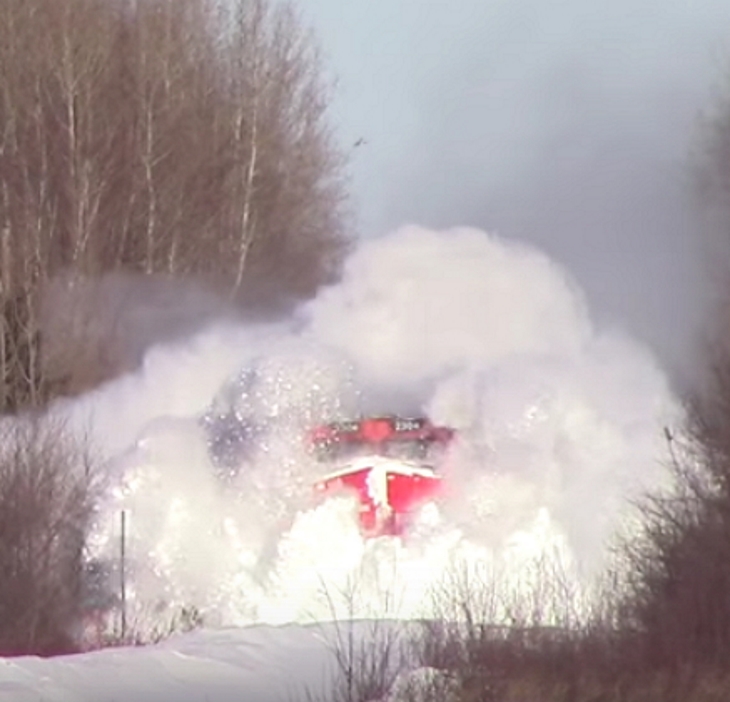 The man had his camera ready and was perched at mile 11 of the CN Sussex subdivision. With three major blizzards that struck the area within one week’s time, the amount of snow piled up at the railroad crossing was huge.

When that locomotive blasted through the intersection, what happened next was astounding! Fortunately for us, the man was prepared and captured it all on video. 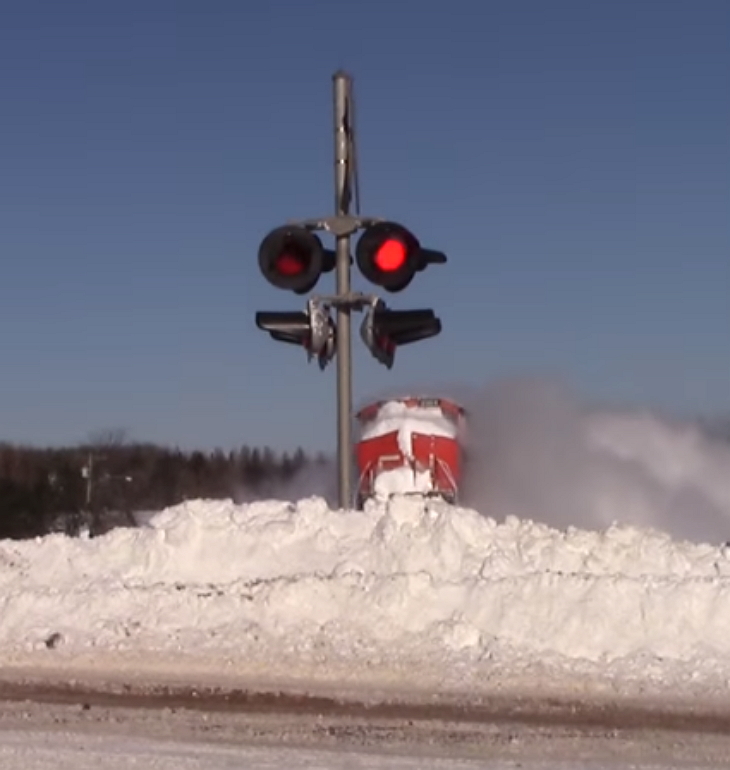 The amount of snow that goes flying is insane! More than 12 million people have viewed the man’s incredible video footage.

When the train reaches the intersection where the man is standing, the view is intense. It’s as if the man is transferred to another world for a moment.

See for yourself how impressively powerful this locomotive is and just what happens when it smashes through a giant snow drift.